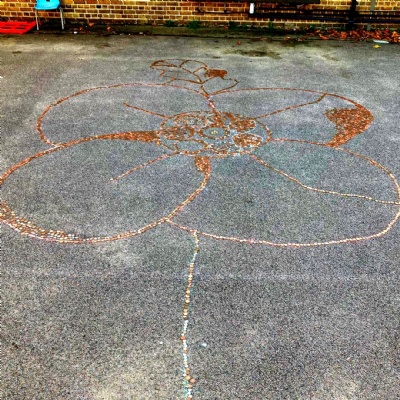 Leesons School created a poppy out of pennies as it marked Remembrance Day. The children brought in the coins and arranged the pennies as an outline of a poppy. All of the coins were collected and given to the British Legion.

An assembly was also prepared and presented by the school’s year six pupils. Attended by all children and the year six parents, the assembly explained the importance of Remembrance Day and helped the attendees reflect on those affected by war.